But there’s another compelling reason to recycle your gold. It’s good for the environment. Gold mining has been identified as a major cause of mercury pollution, particularly small-scale mining in unregulated countries such as Peru. 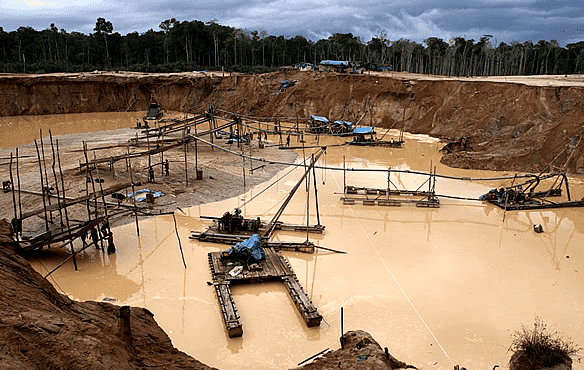 This graph shows the astonishing impact of gold mining on mercury pollution. Large-scale gold mining produces a fair amount of airborne mercury emissions, but small-scale gold mining is the worst culprit of all – producing far more even than coal combustion, second biggest contributor.

Mercury has been used in artisanal mining for ages because it attracts precious metals. But when the mercury is burned off during metal processing, it enters waterways and eventually the ocean. There, it turns into the toxic methylmercury consumed by fish and ultimately humans. Eating seafood is the primary way we absorb this toxin, according to researchers at the U.S. Geological Survey.

In October 2013, delegates from around the world met in Japan to put measures in place for reducing mercury emissions. Unfortunately, while the five-day convention focused on regulating use and production of mercury worldwide, environmental groups protested that the pressing issue of artisanal gold mining was not addressed.

Selling or recycling existing gold won’t cure this disaster but it’s one way to avoid investing, and therefore encouraging, artisanal gold mining - at least until measures are in place to regulate it. Hopefully, that regulation will eventually halt the extinction of birds that feed on polluted fish. And we – and our children and grandchildren – can eat seafood again without poisoning our bodies.